Bling Empire fans have become convinced that Kelly Mi Li and boyfriend Andrew Gray have split, after their series dropped on Netflix this month.

The show follows a cast of uber-wealthy, Asian millionaires as they show off their extravagant lives in LA.

There’s no denying that it has become our latest TV obsession, with the stars gaining thousands of Instagram followers by the day.

However, some eagle-eyed followers have noticed that the couple – whose controversial, on-off relationship was a major storyline – have no recent photos of each other on their social media pages.

In fact, the last pictures Kelly has shared with her actor beau was from a getaway to Mexico three years ago, with the timestamp stating they were posted ‘158 weeks ago’.

In the caption, she explained they were actually taken even earlier, in 2017.

Despite the snaps being shared so long ago, Bling Empire viewers have flooded the post, questioning if they were still together.

Her most recent appearance on Andrew’s page is also from a holiday to Mexico, posted on July, 2018, with the pair looking loved-up on the beach together.

While this has raised eyebrows, the couple are still following each other on the gram – and have not publicly announced a split.

They briefly called time on their relationship during filming for the reality show, which was shot in 2019, with viewers calling out Andrew’s ‘controlling’ nature during some scenes.

One of the most controversial moments was during their getaway to Paris, when he became irate that his girlfriend had gone on a shopping trip with pal Anna Shay without letting him know beforehand.

At the end of the series, which recently dropped on the streaming service, they eventually got back together – to the horror of their co-stars.

Bling Empire is available to stream on Netflix now. 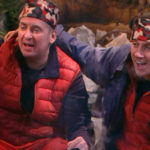 Vernon Kay reveals I’m A Celebrity stars have their own WhatsApp group: ‘Shane Richie’s as prolific in there as he was in the castle’ 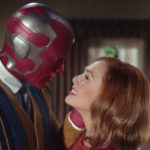 Tom Holland’s brother Harry cut from Spider-Man: No Way Home after being cast in cameo: ‘He’ll be in the deleted scenes’