The black comedy – which stars the likes of Michelle Keegan and Joseph Gilgun as Erin Croft and Vinnie O’Neill respectively – is set to return to Sky One this year after the season series aired in spring 2020.

The teaser promises that ‘chaos is coming’, and delivers that in spades as the trailer sees the gang getting caught up in all kinds of trouble.

From rogue cows to car crashes and everything in between, the new series is set to be an absolute riot.

A synopsis for the upcoming run reads: ‘Sky’s biggest original comedy returns. In the last season of Brassic, fans were left with a cliff-hanger: What did Erin (Michelle Keegan) whisper to Vinnie (Joe Gilgun)?

‘Join them and the rest of the gang – Tommo, Dylan, JJ, Ashley, Carol, Cardi, Sugar and Farmer Jim – as they continue to celebrate the chaos with more misadventures and schemes.

‘Thrilling, funny and specially extended to eight episodes, the new season sees the friends thrown deeper and deeper into trouble.

‘With pressure building from the Police and crime boss Mr. McCann, Vinnie is forced to ruthlessly take no prisoners in his bid to escape. Bigger, bolder and more bonkers than ever, it’s a hectic world of bulls, snakes, kidnappings, betrayal, and this time, a full-size horse… It’s classic Brassic!’

The third series of Gilgun and Bafta-winning writer Danny Brocklehurst’s show was announced in February last year, with the team delighted at the chance to keep making more.

Brocklehurst said at the time: ‘I couldn’t be more thrilled to be doing a third series of Brassic, the response to series one was overwhelming as people took our gang of potty-mouthed misfits to their heart.

‘Sky has been truly amazing in its love and support and I can’t thank them enough for allowing us to go again.’

Meanwhile, fans will be delighted to know the show is on track after filming was paused last year during the pandemic.

Back in September, a spokesperson for Brassic confirmed to Metro.co.uk that production has been paused:

‘Throughout this time, the safety of our colleagues and customers remains our number one priority. Brassic production has paused with cast and crew now self-isolating. We will return to production as soon as it is safe to do so.’

Brassic is available to watch via Sky catch up and NOW TV. 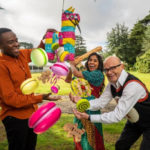 What are the prizes for winning Junior Bake Off 2021 – are contestants paid?