Bridgerton star Phoebe Dynevor has expressed her worries over whether filming on season two could go ahead during the pandemic.

On Christmas Day, the first series of the period drama was released on Netflix, drawing audiences across the globe into the lavish world of Daphne Bridgerton (Phoebe) and Simon Basset, the Duke of Hastings (Regé-Jean Page).

As soon as viewers finished the series, many immediately questioned when the next season would be released.

As filming for Bridgerton concluded in February last year, just before numerous film and TV productions were put on hold due to the coronavirus outbreak, those working on the production didn’t have to deal with Covid-safe regulations.

In Phoebe’s opinion, it would be extremely difficult to film in the current climate, especially considering the ‘intimate’ nature of many scenes in the show.

‘I can’t imagine how it would be possible to film under these circumstances,’ she told Deadline.

‘There are so many extras and so many crew members, and it’s a very intimate show.

‘It just baffles me how we would film it under Covid rules unless there was a vaccine beforehand.’

Nonetheless, according to Production Weekly, filming is still scheduled to begin in March, as reported by What’s On Netflix.

While a second season of Bridgerton hasn’t yet been confirmed, Phoebe said that she is ‘sure’ her character ‘will end up getting involved’.

‘I genuinely have no idea what they’re going to do with the second season, but I imagine if they’re following the books, then it would be Anthony’s journey,’ she stated, referring to Daphne’s older brother Anthony Bridgerton (Jonathan Bailey).

‘I’m sure Daphne will end up getting involved. But yeah, I do wonder what it looks like. I’m excited to find out.’

She even caught the attention of showrunner Chris Van Dusen who shared the clip on Twitter, writing: ‘The #Bridgerton musical is blowing. My. Mind.’

The official Bridgerton Twitter account also chimed in, stating: ‘A rather talented bunch indeed. Consider this author impressed.’ The royal seal of approval! 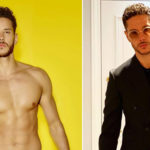