Diane Sawyer has been criticised for an uncomfortable interview with Britney Spears in which she seemed to defend a woman who said she would shoot the popstar.

Excerpts from a 2003 Primetime Thursday exclusive interview between Sawyer and Spears were shown in the New York Times documentary Framing Britney Spears.

While the documentary delved into the issues behind the conservatorship the star has been under for 12 years and the #FreeBritney movement, it also unearthed disturbing media coverage and interviews that Britney was subjected to as a child star and later a teenager.

In an interview with Sawyer when Spears was 22 years old, the Oops! I Did It Again singer was grilled about losing her virginity and whether she cheated on Justin Timberlake, moments after she broke down in tears over her recent break-up.

Sawyer, now 75, said: ‘He’s gone on television and pretty much said you broke his heart, you did something that cause him so much pain, so much suffering. What did you do?’

Spears said: ‘I was upset, I was upset for a while. I think we’re both really young and it was kind of waiting to happen. I will always love him, he will always have a special place in my heart, he is such a great person.’

However, Sawyer continued her questioning, saying: ‘He’s left the impression that you weren’t faithful, that you betrayed the relationship.’

A clip was then played of Timberlake boasting about ‘f***ing’ the popstar on a radio show, with Spears admitting she felt ‘exploited’.

Sawyer also criticised some of the sexier photoshoots the popstar did, including an Esquire shot in which the side of her bottom was bared, and a cover of Rolling Stone for which she posed topless, but with her chest covered by a pillow.

The journalist asked: ‘What happened to your clothes? What is it about?’, and in a voiceover, she suggested Spears was ‘getting burned by the fire she lit herself’.

One of the most shocking moments came when the show played a clip of former First Lady of Maryland Kendel Ehrlich saying: ‘… really, if I had an opportunity to shoot Britney Spears, I think I would.’

The comment was made at a domestic violence function; Ehrlich was sworn in as the director of the Office of Sex Offender Sentencing, Monitoring, Apprehending, Registering, and Tracking by then President Donald Trump last year.

Spears called the comment ‘horrible’, but Sawyer seemed to defend Ehrlich’s outburst, saying she said it ‘because of the example for kids and how hard it is to be a parent and keep all of this away from your kids’.

The popstar said: ‘Well, that’s really sad that she said that, ew. I’m not here to babysit her kids.’

After Framing Britney Spears aired, many people called for Sawyer to apologise to Spears over the interview.

Playwright Jeremy O Harris tweeted: ‘I think it’s time to have a conversation about Diane Sawyer being one of the media’s greatest tools of misogyny in the aughts. Her interviews w #BritneySpears #WhitneyHouston are truly some of the most vile from an era particularly vile to women in the limelight.’

TV writer Bryan Behar added: ‘Diane Sawyer asked Britney Spears what she did to cause Justin pain, then told her the Governor of Maryland’s wife wanted to shoot her, implying it’s Britney’s fault because she’s a bad role model to kids. I don’t care how long has passed-Diane Sawyer should be ashamed of herself.’

Sharon Osbourne also defended Spears, saying: ‘She has always seemed very young to me anyway, but there she was a baby; she was just a little girl. And it’s like, it doesn’t seem appropriate to talk to a little girl with that tone.’

Fellow panellist Elaine Welteroth added: ‘I think there is no excuse for badgering a teenage girl about her love life on national television like that, and that a woman did that, and that is, was acceptable. And it just makes you reflect on how toxic our celebrity culture was, and probably still is.’

Justin Timberlake also came under fire following the documentary, due to the clip of him bragging about his and Britney’s sex life, as well as a reminder that he cast a Britney lookalike in his video for Cry Me A River.

While Spears, 39, has not directly addressed the documentary, fans think that she posted a trolling video by discussing ‘the moment we’ve all been waiting for’, before talking about the Super Bowl. 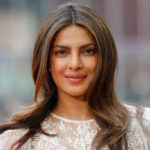 Priyanka Chopra forced to leave America after racist bullying: ‘I was picked on for something I didn’t have control over’ 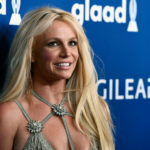