Desiree Burch was the first contestant to be voted off Celebrity Best Home Cook in scenes that aired tonight.

The comedian was sent packing after failing to impress judges Mary Berry, Chris Bavin and Angela Hartnett in the Eliminator challenge with her raspberry ripple swiss roll creation, leaving just nine celebrities in the competition.

‘It was an absolute pleasure,’ Desiree said of her short but sweet time on the show. ‘Thank you so much.’

Speaking to the cameras afterwards, Desiree said: ‘Nobody wanted to be the first to go, like no one ever wants to be that, but also somebody does have to be first.’

She then joked: ‘You think comedy relies on timing. Try baking.’

Desiree made an ambitious Mexican taco feast, while dishes from the other celebrities included a comforting macaroni cheese, fragrant curries and lasagnes.

The next day, the cooks returned to the kitchen to face Chris’s Rustle Up challenge, where they had just one hour to rustle up a dish from a surprise ingredient – eggs.

Desiree was selected by the judges to cook again in the Eliminator round, alongside CBBC presenter Karim Zeroual and actress Ruth Madeley.

In tomorrow’s episode, the remaining cooks will make a chocolate dessert fit for a romantic date night, before taking on Chris’ tricky challenge of rustling up a dish using his favourite cut of leftover meat.

Celebrity Best Home Cook returns on Wednesday at 9pm on BBC One. 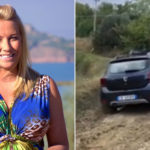 A Place In The Sun’s Laura Hamilton reveals hilarious moment viewers won’t get to see: ‘It wrecked the filming schedule’ 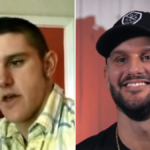