‘I swear to you, I have had a blast,’ Gareth said, after being delivered the bad news. ‘A genuine laugh.’

Speaking to the cameras, he added: ‘I am unbelievably proud of myself.

‘I suppose the only downside of this is my husband’s waistline is going to be a lot bigger now after this because I’m going to really push myself and make much better, nicer, tastier food – and a lot more of it.’

Gareth’s exit came after the celebrities were tasked with making a chocolate dessert fit for a romantic date by Mary.

They were then challenged with rustling up a dish using Chris’s favourite cut of leftover meat, gammon.

After the two rounds, the judges then decided that they wanted to see Gareth, actress Ruth Madeley and CBBC presenter Karim Zeroual cook again in the Eliminator, where they were asked to cook three mushroom vol-au-vents.

Sadly though, Gareth didn’t do enough to remain in the competition and followed last night’s casualty, Desiree Burch, out the door.

Next week, the contestants are asked to prepare the perfect breakfast for houseguests.

Celebrity Best Home Cook continues on Tuesday at 9pm on BBC One. 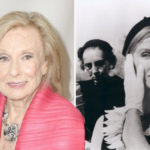 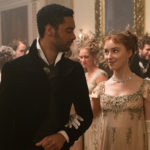