Wayne Lineker’s hopes of finding love on Celebs Go Dating were dealt a blow on Thursday – but you wouldn’t know it from how he reacted.

The entrepreneur and brother of Gary Lineker was dumped on the latest episode of the show, after getting to know 39-year-old Hannah.

Wayne described her as a ‘beautiful soul’ on earlier episodes and things seemed to be going well, despite him confessing to her he was used dated 20-somethings.

On Thursday’s show, Hannah sat down with him and said she didn’t think there was a spark between them.

‘I want you to find your queen, and I don’t think I fit the bill,’ Hannah said.

Returning to the bedroom to see the other celebrities, Wayne told them that Hannah had decided to leave.

However, Wayne said it was him who made the decision and said he wasn’t feeling it.

Then, in a moment that had viewers cringing, Wayne declared that he was ready for ‘the booby bus’.

Twitter viewers quickly shared their opinions on the scene, urging Wayne to tell the truth about Hannah dumping him.

‘Wayne is such a liar! You’re too old for that mate. Tell the truth, your children are watching!’

‘My skin has actual hives from listening to Wayne Lineker lie to the lads. Afraid to admit it was Hannah who ended it!’ another said. 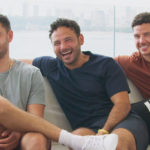 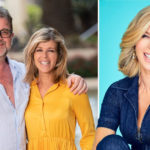 Kate Garraway opens up on coping as a single parent: ‘I find myself thinking, what would Derek do?’