Lady Colin Campbell revealed someone got covered in slurry while chasing piglets around during filming for Celebs on a Farm.

But, she won’t say which celeb is was…

The MTV series, which begins tonight, will see a number of famous faces being put through their paces by farmer Chris, who teaches them all about the agricultural way of life.

Presenter Stephen Bailey will also be back to front the show to give his hilarious commentary on the celebs’ antics.

Speaking to Metro.co.uk about her funniest moment while filming for the programme, Lady C began: ‘In one task we ended up chasing these piglets around a pen and someone fell into the mud.

‘It was absolutely hysterical. We were all absolutely cracking up, and the person who was the victim of the fall took it in really good grace.’

‘I wouldn’t have because to be covered slurry is not fun,’ she added.

Celebs on a Farm is back for its second series and will see the celebs being put through their paces by Yorkshire farmer Chris.

The reality show will see the celebs spending two weeks learning the ropes on the Sussex coast as they attempt to shovel poo, feed calves and even try to herd sheep.

But, who will impress Chris?

However after their two weeks was complete, Strictly dancer Gleb Savchenko was crowned the winner.

Celebs on a Farm begins tonight at 9pm on MTV. 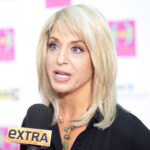 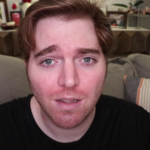