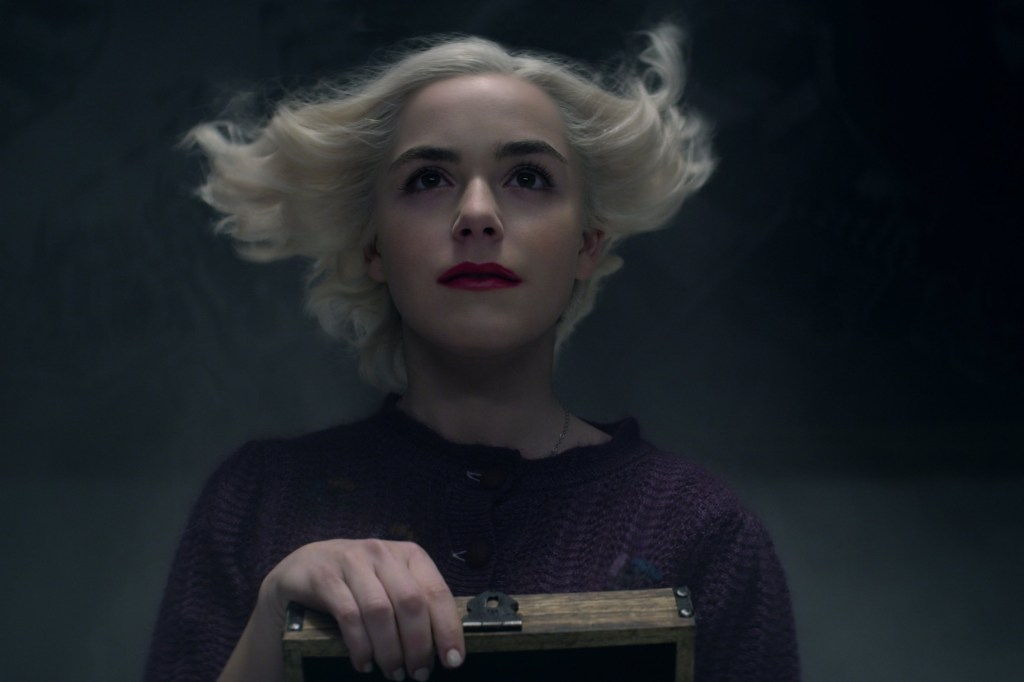 There’s hope for the young witch’s return in future (Picture: Courtesy of Netflix)

The creator and showrunner of Netflix’s Chilling Adventures of Sabrina has hinted that the show could return in some form in future, with Kiernan Shipka reprising her role as the powerful teenage witch.

In December last year, the final episode of Chilling Adventures of Sabrina, based on the Archie comic book series of the same name, was released, with the Part 4 ending seeing Sabrina sacrifice herself to save her family and loved ones.

Numerous fans were devastated over the news that the supernatural show wouldn’t return, especially given Sabrina’s arrival in the Sweet Hereafter.

Nonetheless, according to executive producer Roberto Aguirre-Sacasa, viewers shouldn’t completely rule out a continuation of the story on screen, whether that be in a TV series or a film.

During a recent interview with Deadline, Roberto explained that he is continuing the story where the finale left off in the comic books, using a scene that was deleted from the episode.

The scene would have seen Sabrina’s aunt Zelda rally friends and family to attempt to bring her niece back from the afterlife. The series ended with Nick and Sabrina in the afterlife together (Picture: Diyah Pera/Netflix)

So could viewers ever see this twist unfold in a live-action depiction?

‘About two months ago, I reached out to [Archie Comics CEO/publisher] Jon Goldwater and told him that Sabrina is going to eventually come back. We’re going to find a way to continue with Kiernan, but in the meantime, what if we bring back the comic book? He agreed,’ Roberto said.

Roberto said that he and Jon decided to continue both the comic book series that the show is based on in addition to continuing on with the TV series’ narrative in the comics, ‘following their respective timelines’.

He outlined how his plan is to ‘work on the comics and build up that library with the hopes that one day we can do a stand-alone movie or hopefully bring back the series’.

The screenwriter added that at the present moment, the continuation of Sabrina’s story in the comics feels like ‘the research and development stage of the next iteration’ of the character.

He acknowledged that while he was ‘bummed’ that Sabrina couldn’t be reunited with her friends and family in the Part 4 finale, he’s ‘hopeful that with different circumstances in the future, we’ll be able to do a live-action Sabrina to continue’.

All we need now is Sabrina, her aunts, the Weird Sisters and all the other magical beings in Greendale to muster all of their power to turn this hope into a reality.

Chilling Adventures of Sabrina is available to watch on Netflix.