Christina will step into the role of Collette, which Naya originated in the first two seasons of the YouTube original show.

Starz acquired the dance series, inspired by the popular Step Up movie franchise, in May last year.

Naya then died weeks later after accidentally drowning in Lake Piru during a boating trip with her son Josey in July.

Christina revealed her hopes to honor Naya with her take on the role as she stated: ‘I am so excited to join the “Step Up” family. I know I have massive shoes to fill. Naya was incredible.

‘I hope to honor Naya, her family, friends and fans with a great performance.’

‘Naya’s death was a terrible loss to our world that we will, frankly, never stop mourning,’ added series creator and executive producer Holly Sorensen.

‘It was almost impossible to consider there could be someone so graceful and loving who could both help us honor our loss, while also bringing a deep reservoir of talent to our show, in so many areas.’

She continued: ‘Christina is an exceptional human and a dazzling performer and we are so happy she has joined our family.’

Christina will join Ne-Yo and the rest the cast when filming for season three begins in Atlanta this month.

The previous two seasons will be available on Starz’s platforms beginning March 5, and episodes will air on Starz Fridays that same day in the US..

The Drunk Elephant Face Mask. Is It Worth The Hype? 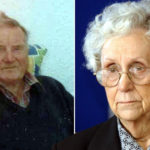