The Netflix martial arts series is a continuation of the 1984 film The Karate Kid starring Macchio and Pat Morita as Miyagi.

While there he uncovers the Miyagi-Do scrolls which Chozen reveals were given to him by his sensei.

Chozen says: ‘Your sensei’s father taught my uncle. Sato taught me. Before he died Sato gave me all Miyagi artifacts.’

Eager to know more Daniel tries to read the scrolls but is stopped by Chozen who snaps: ‘This is not for you’.

‘You just said yourself, our senseis had the same sensei,’ Daniel tells him. ‘We’re basically karate cousins right?’

Unsatisfied Chozen replies: ‘You are a foreigner, you cannot take our secrets.’

Daniel is surprised at the idea of Mr Miyagi hiding things, responding: ‘Mr Miyagi treated me like a son not a foreigner, he wouldn’t keep any secrets from me.’

Chozen mysteriously replies: ‘Are you sure about that?’

Recently Ralph and his co-star William Zabka, who played Johnny in the classic film, spoke to Metro.co.uk about still being kick-ass 36 years on.

William, who was 18 when he first played Johnny, told us: ‘I love it, I love doing the fights. We have proper time to rehearse, and to train and to choreograph, so it’s great, I love it.’

‘It’s a little bit [harder],’ he laughed. ‘You’re stretching a little bit longer and it takes a little longer to get the kicks high and to calibrate your spins and all that, but it’s a real fun.’

Doctor Who season 13: Rumoured release date, cast and everything we know so far 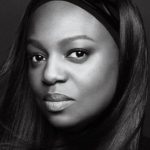