Dancing on Ice contestant Graham Bell has revealed that he’s already prepared to land in the skate-off.

The Olympian, who is set to make his debut tonight, has not has the best start to the show after his dance partner Yebin Mok had a ‘freak accident’ during rehearsals.

The professional skater was ‘absolutely gutted’ to be forced out of the upcoming live shows after she stabbed her leg with a skate blade.

The ex-Olympic skier will now be joined by Karina Mantra during the second weekend of the competition.

Last weekend, viewers were outraged after Lady Leshurr was the first celebrity to land in the skate-off.

Comedian Rufus Hound was also the first star to be given one of the judges’ Golden Tickets, saving him from elimination.

Speaking to Metro.co.uk and other press about his first performance, Graham explained that as an athlete he prepares for all scenarios.

‘If you don’t get the Golden Ticket then it’s one in five chance of you being in the skate-off,’ he told us.

‘So the way that I figure it, is that whenever I was ski racing you would never prepare for the race not to happen.

‘So if there was bad weather or if looked like it wasn’t going to run you always think that it was going to run right up until the point where the person says it’s not you. So I’m preparing to skate twice on Sunday.’

Dancing on Ice has seen a fair few injuries this week, with poor Myleene Klass hitting her head on the ice and ‘blacking out’.

Denise Van Outen also ended up in hospital after dislocating her shoulder in rehearsals.

The former soap star fell face first on the ice during training and admitted on her appearance on last Sunday night’s launch show that her shoulder is still ‘really sore’.

Dancing on Ice will return Sunday at 7pm on ITV. 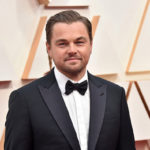 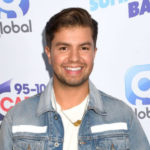 Who is Dancing On Ice contestant Sonny Jay and who were the Loveable Rogues?