Dancing On Ice presenters Holly Willoughby and Phillip Schofield have joked they’ll have to take to the ice if stars keep dropping out of the show.

On tonight’s programme, Matt Richardson became the latest celebrity to be eliminated after ending up in the bottom two with Colin Jackson.

Matt’s time in the competition was extremely brief, as he’d only just been announced as the replacement for comedian Rufus Hound, who quit the series this week after testing positive for coronavirus.

Rufus is one of several Dancing On Ice contestants who have had to leave the 2021 show prematurely.

At the very beginning of the latest episode, Holly and Phillip discussed the idea of joining the competition if more people exit the show.

‘We’re still here, holding on by our fingernails!’ Phillip exclaimed.

‘We’re going to have to get on the ice soon if they keep dropping!’ Holly replied.

Phillip revealed he’s prepared if needs be, stating: ‘I’ve got my skates!’

‘You’re on your own,’ Holly jokingly responded, prompting her This Morning co-host to burst into laughter.

After delivering one performance, Denise Van Outen stepped down from this year’s series after suffering partial dislocation of her left shoulder.

Denise was replaced by gymnast Amy Tinkler, with Rufus being replaced by Matt soon afterwards.

This weekend, it was announced that Billie Faiers will not be returning to the competition after experiencing a nasty fall and becoming concussed.

She will not be replaced by another celebrity, as the two substitutes have already stood in for other stars.

Before Graham Bell was eliminated, his professional skating partner Yebin Mok was rushed to hospital after suffering a severe cut on her shin from a skate blade.

Yebin was replaced by Karina Manta as Graham’s partner. 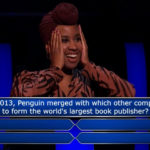 Who Wants To Be A Millionaire? contestant secures £64,000 with lucky question 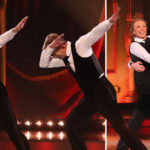 Dancing On Ice 2021: Jayne Torvill and Christopher Dean dab during routine – and fans can’t handle it