Dancing On Ice star Jason Donovan revealed that he won’t risk his safety on the show for a ‘good TV moment’.

The Australian actor and singer, who made his debut on Sunday night, explained that he is scared about getting injured on the show in case it affects his future work.

‘If you’ve had a year like 2020 and you haven’t really been earning and everything shifts to 2021 and you suddenly find yourself in A&E with a broken arm or leg, it doesn’t bode well for cash flow,’ he began.

‘With a show like this, the producers will push you because they want good TV.’

The 52-year-old went on to add that he won’t be doing lifts if it puts him ‘in a silly place’.

‘You have to say if you’re not sure about something, and say you’re not going to risk yourself or your partner’s safety for the sake of a good TV moment,’ he continued to OK! Magazine.

Jason, who is partnered up with skating pro Alexandra Schauman, received a score of 25 out of 40 from the judges at the weekend.

Speaking to Holly Willoughby and Phillip Schofield after his first performance, Jason said: ‘It’s rough coming out first but I feel we have put in so much work and Alex has been amazing, it’s such a great show and there are so many wonderful performers out there.’

The former soap star was also praised by the judges, with head judge Christopher Dean telling him ‘What a great way to start the show.’

‘What a showman, there was nothing understated by that performance was there?’ Christopher began.

‘You knew where the camera was all the time and you looked like you were enjoying it even though you were nervous inside.’

Ashley Banjo continued: ‘What a solid start to the show. Honestly, I could have gone way higher than that by the way but you did stumble and it did take it out of you a little bit.

‘Your showmanship, the way you entertain, the way you pulled me in is incredible and if you can bring the skating up to that level, you could be a serious contender for the whole thing.’

Jayne Torvill went on to tell Jason that she ‘loved the performance’ and praised ‘his basic skating skills’.

Dancing on Ice returns on Sunday on ITV. 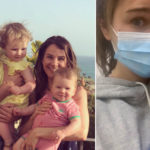