Dancing on Ice star Matt Richardson’s training has already taken a turn for the worse as he was sent home with ‘concussion and a black eye’.

The former Xtra Factor host has replaced Rufus Hound in the ITV series, after the comic was forced to drop out following a positive coronavirus test.

This Sunday, Matt will take to the rink for the first time against the likes of Rebekah Vardy and Corrie star Fay Brookes.

‘I have done exactly the same amount of training as everyone else, I was just doing it off-camera and not doing the show on a Sunday so I started in October, five days a week since then,’ Matt explained during today’s Lorraine.

‘I think actually for me it is the best thing that they have bounced me in, I haven’t had much time to think about it, I have just got to go for it without too much trepidation and hopefully it will go alright.

‘Ultimately if it goes horribly, I am a comedian, so it was very much on purpose.’

Matt recalled at the early stages of training getting badly injured, and joked it was all head judge Christopher Dean’s fault.

‘I think even he knows that deep down,’ he teased.

‘On the masterclass day, I went to skate and I was terrible and they said the problem was my limbs, which isn’t ideal.

‘He gave me a pole to skate with to stop my arms moving and as I was skating with the pole, I caught the front of my blade and went over the front of the pole and because I was holding something I couldn’t put my hands out to stop myself so my face took all of the fall.

‘I ended up being sent home with concussion and a black eye.’

So far Denise Van Outen has been forced to drop out of Dancing on Ice after injuring her shoulder, while Graham Bell’s partner Yebin Mok was hospitalised after the cricketer sliced her leg open.

The series has been heavily-criticised for putting unnecessary strain on the NHS during the coronavirus pandemic. 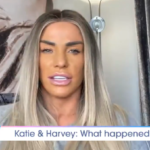 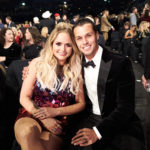