Dancing On Ice’s Matt Richardson has shown off his ‘skills’ on the rink after becoming a last minute replacement for Rufus Hound.

Rufus was forced to pull out of the competition last night after testing positive for coronavirus, with the mandated quarantine meaning he was unable to continue.

Now comedian and presenter Matt has just three days to get his skates on and prepare a routine, in order to catch up with the other contestants on week four of the competition.

By the looks of it, he’s currently a little more Bambi on Ice than Dancing On Ice, sharing a video at his attempts to skate backwards on Instagram.

He joked alongside the clip: ‘Is that… is that Christopher Dean? No, just me guys being so amazing.

‘This is good enough to be on the show in 3 days, right?’

Well… only one way to find out!

By the looks of things, he might be getting a bit worried, with another screengrab this morning showing him googling things for ‘a bit of light breakfast reading’.

Given the amount of accidents already this series, we can’t entirely blame him.

Matt confirmed he would be taking part in the show last night, sharing his official Dancing on Ice photo and saying: ‘Very excited to be stepping into [Dancing On Ice] with [Vicky Ogden] – can’t wait to get out there and try and keep up!’

Denise Van Outen, who has also had to drop out of this year’s competition after dislocating her shoulder, was one of the first to cheer him on, and wrote: ‘Excited for you Matt! good luck.’

Vicky Pattison also shared the announcement on her Insta Stories, and said: ‘Absolutely buzzing for this!! You’re going to smash it Matt Richardson son.’ 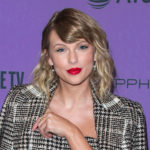 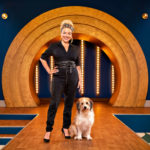