The moment Billie Faiers hit her head during training for Dancing On Ice 2021 has been shown on tonight’s programme.

Yesterday, it was announced that Billie had quit the skating competition after suffering a nasty fall and becoming concussed.

The reality star later spoke out about having to leave the show, admitting that she was ‘gutted’ over the turn of events.

On tonight’s episode, Billie’s professional skating partner Mark Hanretty made an appearance, where he spoke to co-presenter Phillip Schofield about how much of a shame it was that she couldn’t continue.

The ITV show also shared a clip of the moment Billie fell on her head, which occurred after she and Mark whirled around on the ice and performed a lift in training.

After the footage showed the moment Billie experienced her nasty fall, both Mark and Phillip grimaced.

The professional skater told Phillip that Billie is ‘doing as well as she can be’.

‘She’s such a lovely lady, such a good human, she’s just had some rough luck at the moment,’ he added.

‘We just send so much love out to her.’

Several Dancing On Ice viewers commented on the footage that showed Billie’s accident, with one person tweeting: ‘Ouch! Nasty fall on Billie. Wish her a speedy recovery!’

After leaving the competition, Billie shared a post on Instagram, stating: ‘I am so so sad that our journey has come to an end after an accident in rehearsals on Friday causing me a head injury, forcing us out of the competition.

‘[Mark Hanretty] a true friend for life, you have been the most incredible partner throughout all of this, I mean you taught me to skate for one.

‘It’s been a tough couple of weeks personally for me and coming back to skating this week has really been a great distraction.’

Before her exit, Billie took a break from Dancing On Ice following the death of her grandmother Nanny Wendy aged 77. 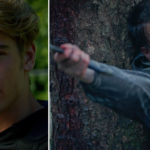 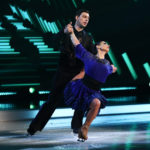