Myleene Klass feels ’embarrassed’ for injuring herself just days before making her debut on Dancing on Ice.

The musician, who is partnered up with pro Lukasz Rozycki, took a fall and injured both of her knees while training this week.

Speaking to Metro.co.uk and other press about the accident, the 42-year-old said she felt like ‘a nana’.

‘I just felt embarrassed by my injury because it’s not a very sexy injury,’ she began.

Dancing on Ice has seen a fair few injuries this week, with Denise Van Outen dislocating her shoulder in rehearsals.

The former soap star ended up in hospital after falling face-first on the ice during training and admitted on her appearance on Sunday night’s launch show that her shoulder is still ‘really sore’.

Fans also saw Emmerdale star Joe Warren-Plant take to the ice for the first time, along with Jason Donovan, Rebekah Vardy and Rufus Hound, who won the first golden ticket, exempting him from the public vote.

Graham Bell’s dance partner Yebin Mok had a freak accident during rehearsals which led to her pulling out of the first few weeks of the show. 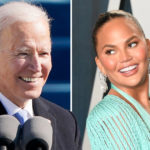 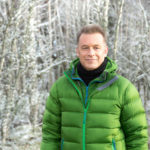