Myleene Klass is gearing up for her debut on Dancing On Ice on Sunday night, but it sounds like her performance will be all that more challenging, thanks to injury.

It’s been reported the former Hear’Say star has suffered injuries to both her knees and has been undergoing physio ahead of this weekend’s live show.

Myleene is due to dance on the ice for the first time with professional partner Lukasz Rozycki, but is facing a setback after allegedly ‘tearing her meniscus’ (cartilage in the knee joint).

Such a tear needs rest to heal and according to The Mirror, Myleene’s other knee requires extra support following her gruelling training schedule.

Sources told the publication: ‘Myleene has picked up a knee injury during training and she is having physio sessions to try to help with both her knees ahead of her first dance on screen with Lukasz on Sunday.’

‘It is very early on to be in pain and having knee problems but Myleene is determined to carry on and won’t let it ruin her experience.’

They added: ‘She will be going through the pain barrier and the show means a lot to her and her children so this may not stop her but it certainly won’t help her chances of winning.’

Dancing On Ice has already been plagued by injury this series, with Denise Van Outen dislocating her shoulder in rehearsals.

Denise ended up in hospital after falling face first on the ice during training and admitted on her appearance on Sunday night’s launch show that her shoulder is still ‘really sore’.

Taking the injury in her stride, however, Denise still danced on the show and joked: ‘I’m more concerned that I couldn’t shave my armpits for four days!’

Fans also saw Emmerdale star Joe Warren-Plant take to the ice for the first time, along with Jason Donovan, Rebekah Vardy and Rufus Hound, who won the first golden ticket exempting him from the public vote.

It was revealed that Lady Leshurr will be heading into the first skate-off, with the public deciding which of the remaining six celebrities left to skate will be joining her.

Fans got their first look at the remaining celebs on launch night, where they all skated in a group dance to Dolly Parton hit 9 to 5.

Dancing On Ice continues Sunday January 24 at 6pm on ITV. 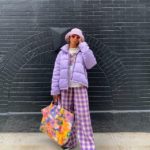 Beating The Chill? These Affordable Brands Have the Best Thermal Clothing 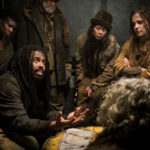 Snowpiercer: Renewed for third season ahead of Season 2 premiere