Dancing On Ice has been hit with numerous injuries and issues this year, and unfortunately the cast have lost another member with Rufus Hound quitting the series.

This Sunday, the remaining contestants will taking to the ice for their latest routines, with TV presenter and West End star Rufus now sitting out the rest of the series.

But what happened and who will be replacing him?

Why is Rufus Hound no longer on Dancing On Ice?

Rufus was forced to quit Dancing On Ice after testing positive for coronavirus.

He was missing from last Sunday’s show as he was in quarantine, after coming into contact with someone who had coronavirus.

Unfortunately on Wednesday, after taking a test of his own, it was discovered that he too had coronavirus, and therefore had to isolate leaving him unable to train or participate going forwards.

In a tweet announcing his departure, he said: ‘I will no longer be participating in [Dancing On Ice].

He further elaborated on his feelings in a YouTube video, No longer Dancing On Ice, and said: ‘It sucks because I’ve been able to spend a big chunk of the last six months with Robin Johnstone who has been a tremendous pal throughout all of this, a brilliant dance teacher and human.’

However, Rufus and Robin are due to return for ‘one last skate’ at the finale.

Who is Rufus Hound’s replacement?

Rufus Hound has been replaced by comedian Matt Richardson, who will make his debut on the ice tonight.

Matt has been quietly in training as a reserve for the past few months, in case a celebrity had to drop out.

He is the second and final reserve the show had in place, and has already admitted to having several accidents himself – going to hospital with concussion and a black eye.

Most recently, he joined forces with Busted musician Matt Willis for a podcast called When No One’s Watching, where celebrity guests ‘admit their darkest pleasures and weirdest confessions they would rather no one knew about’. 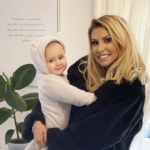