This week, it was announced that comedian and actor Rufus Hound had quit Dancing On Ice 2021 after testing positive for coronavirus.

While Rufus and his professional skating partner Robin Johnstone are due to return for ‘one last skate’ in the final, he is being replaced by comedian and presenter Matt Richardson in the competition.

Matt, who has been partnered with Vicky Ogden, has already experienced a mishap in training, being sent home with a ‘concussion’ and ‘a black eye’ during training.

Nonetheless, he’s ready to show what he’s made of, telling Lorraine during a recent interview: ‘I haven’t had much time to think about it, I have just got to go for it without too much trepidation and hopefully it will go alright.’

Here’s what you need to know about the new Dancing On Ice competitor.

Who is Matt Richardson?

Matt, 29, is a comedian and TV presenter who grew up in the town of Didcot in South Oxfordshire.

He began his stand-up career when he was 18 years old, going on to take part in national tours and perform at events such as Edinburgh Fringe Festival.

In 2013, Matt replaced Olly Murs as one of the presenters of The X Factor spin-off The Xtra Factor, taking on the role alongside the late Caroline Flack.

Before the next series, they both announced that they would not be returning as presenters of the show.

Matt has presented and starred on a range of other shows throughout his career, including Big Brother’s Bit on the Side, Celebrity Haunted Hotel Live and ITV panel show Viral Tap.

Last year, he and Busted musician Matt Willis launched a podcast called When No One’s Watching, where celebrity guests can ‘admit the darkest pleasures and weirdest confessions they would rather no one knew about’.

Does Matt Richardson have a girlfriend?

Matt is in a relationship with model Sam Rollinson.

The couple have been together for five years and are living together.

During a recent interview, Matt praised his partner for supporting them both over the past year when work has been scarce.

‘It is really cool because she is super successful, which I’m grateful for because she’s been supporting both of us for the last twelve months,’ he told The Sun.

Dancing On Ice continues on ITV on Sundays at 6pm. 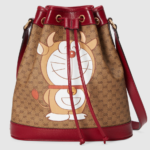 2021 Is The Year Of The Collectible Handbag 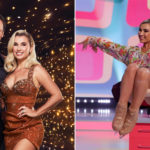 Dancing on Ice: Why has Billie Faiers quit DOI and is she being replaced?