Billie Faiers is taking a break from Dancing On Ice following the death of her grandmother Nanny Wendy aged 77.

Just days after it was announced that Denise Van Outen was forced to quit the series due to sustaining an injury, it’s been confirmed that the Towie star will not be performing this weekend.

A spokesperson for the show told Metro.co.uk: ‘Sadly due to a family bereavement this week Billie Shepherd is taking a break from the ice and won’t be on Sunday’s show.

‘We look forward to her returning next week and send her all of our love at this sad time.’

According to reports, Billie’s beloved nanny died after being diagnosed with pneumonia.

‘The girls are completely devastated,’ an insider told Mail Online.

‘They were very close with their Nan and her passing has come as a complete shock to the family.’

Billie has been silent on social media over the past few days and has yet to comment on her loss.

Nanny Wendy had made a number of appearances on Billie’s Instagram over the years.

Nanny Wendy on their social media pages at glamorous events and on holidays.

In 2019, she holidayed with her family in Newport, Wales, where she and her sister were joined by mum Sue, Wendy and step-dad Dave.

Billie posted a heartwarming picture of them all together and wrote in the caption: ‘Three generations. We learnt from the best.’

Dancing On Ice airs on Sunday at 6pm on ITV. 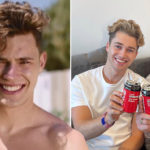 AJ and Curtis Pritchard think Love Island ‘wouldn’t be as good’ in the UK: ‘It would become very British’ 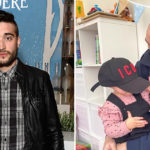 Tom Parker bravely opens up on effect of losing his hair to brain tumour treatment: ‘There were tears’