Dancing On Ice’s Denise Van Outen has shared a picture of herself taking gas and air as a doctor repositioned her dislocated shoulder.

The 46-year-old presenter was rushed to hospital on Saturday after falling face-first onto the ice just hours ahead of the hotly-anticipated launch, leaving her debut tonight in jeopardy.

Denise posted a series of photographs on her Instagram profile as she was tended to by medics.

In one snap, the television personality held an ice pack to her face, while another showed her lying in a hospital bed as a doctor held her arm back into place.

‘Thank you for all your lovely messages this morning,’ Denise captioned the pictures. ‘Told you I’m clumsy on the ice! ?⛸.

‘Massive thanks to everyone @itv. (Medics & production) and our glorious @nhswebsite for looking after me because I know how overstretched you are at the moment. ?? .

‘Also thank you to @themattevers for being a true friend and taking care of me and making me laugh when I feel like crying ❤️.’

It’s not yet been confirmed whether or not Denise will be fit enough to take to the rink tonight with her partner Matt Evers, however sources have told Metro.co.uk that everyone is hopeful.

Six couples are expected to make their debut on the ice this evening, with Holly Willoughby and Phillip Schofield returning as presenters.

Earlier this week, it was believed the launch night was in jeopardy after reports claimed five members of the crew had tested positive for coronavirus.

However, Phil recently told Metro.co.uk that this was no longer the case and that everyone (from Wednesday) has tested negative.’

Dancing On Ice airs tonight at 6pm on ITV. 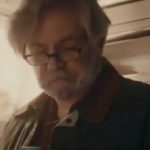