Gemma Collins has made her long-awaited return to Dancing On Ice and fans were delighted to see the ‘iconic’ star back on the show – even if it was a brief appearance.

The reality star arrived in the studio suspended from a huge diamond ring to introduce a viewer competition on Sunday’s show.

‘I’m so happy to be here this evening. It’s amazing to be back,’ she told presenters Phillip Schofield and Holly Willoughby, before telling viewers how they could win £120,000.

The 39-year-old was appearing two years after she competed on Dancing On Ice’s 11th series, where James Jordan was eventually crowned the winner.

Gemma caused quite a stir on the show during the 2019 series after suffering a horror fall that left her heartbroken.

She finally made a return to the icing rink on Sunday’s show, after cheering on her The Only Way Is Essex co-star Billie Faiers on social media as she skated for the first time in the competition.

The reality star teased her comeback on her Instagram story before the show, making her way to the Dancing On Ice studios in the snow. 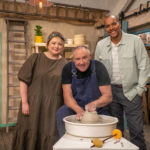 The Great Pottery Throw Down: Who are the judges? 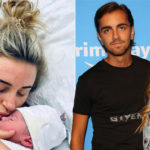