Dani Harmer has blocked fat shaming trolls after the new My Mum Tracy Beaker Tracy trailer was revealed on Tuesday.

The actress shared a message on Twitter, saying that she was ‘far too old for negativity’ following online reaction to the first-look clip.

Dani wrote: ‘Overwhelmed by all the love!! Sad that I’ve had to use my block button a couple of times though!! But I’m far too old for negativity!!’

She added: ‘And yes I’ve put on weight! We’ve been in lockdown all year! I ate some chocolate! Get over it! Size 10 isn’t exactly huge now move on ‍xx.’

It comes just a day after the 32-year-old revealed she was also fat-shamed on social media while she was competing on Strictly Come Dancing back in 2012.

Fans were quick to send messages of support for Dani and tell her to ignore the trolls.

‘Sis, don’t worry what the haters have to say because you look great and it’s amazing to have you and @TannaOfficial back on our TV screens!!’ one wrote.

Another said: ‘That’s so disappointing!! Absolutely block out the haters. Can’t wait for the new show!’

The upcoming show follows Tracy her as she looks after daughter Jess (Emma Maggie Davies).

Their lives are drastically changed with the arrival of Tracy’s rich new boyfriend, Sean Godfrey (Jordan Duvigneau), and the programme is told from the perspective of 10-year-old Jess.

My Mum Tracy Beaker begins on Friday at 5pm on CBBC. 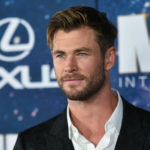 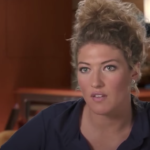 Below Deck: Worst stewardesses in Bravo franchise as Elizabeth Frankini sacked from show