Daredevil star Deborah Ann Woll has left fans feeling hopeful that the show could return, two years after it was cancelled by Netflix.

In 2018, the third and final season of Daredevil, starring Charlie Cox in the titular role, was released on the streaming platform, with the firm saying that they wanted to end it on a ‘high note’.

Daredevil was consistently positively-received throughout its three-year run, with the first season boasting a 99 per cent approval rate on review aggregation site Rotten Tomatoes.

Over the weekend, the rights to Daredevil were transferred from Netflix back to Marvel, sparking hope among fans that it could be brought back with the original cast.

This hope was fuelled even further when Deborah – who played secretary-turned-journalist Karen Page in the programme – posted a throwback picture of herself and her Daredevil co-stars to mark the occasion.

In a tweet published on Monday, Deborah, 35, shared an image featuring a polaroid picture of herself, Charlie and Elden Henson, who played Matt Murdock’s best friend and law partner Foggy Nelson.

At the bottom of the polaroid picture, the phrase ‘Justice Never Stops’ is written in ink.

There is also a napkin in the frame, with the words ‘Nelson, Murdock and Page’ written on it, in homage to the name of the trio’s fictional law firm.

While there has been no word on whether Daredevil will return – despite a petition calling for it to come back garnering more than 400,000 signatures – some people have optimistically taken Deborah’s tweet as a possible sign.

‘Still holding out hope. Maybe I’m an idiot. But at least I’m an idiot with really great taste, in really good company,’ one person tweeted.

‘Please let this be a sign of at least the cast of Daredevil being kept. This show has every right to be MCU,’ another wrote.

Someone else responded: ‘Are you telling me that one of my fave shows… Daredevil… is coming back to life??? Is this is a sign? Say yes.’

Others asked Deborah not to ‘play with their emotions’, while another person simply asked: ‘WHAT DOES THIS MEAN?’

Last month, The Punisher star Jon Bernthal teased that the Marvel show could return for a third season after its cancellation.

Jon, who first starred as the character in Daredevil, said that if The Punisher does come back, it is important that they make ‘the version that the fans really deserve’.

Daredevil seasons 1 to 3 is available to watch on Netflix. 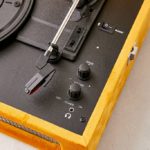