The pilot, which introduced us to the Capeside teens and kicked off careers for the likes of Katie Holmes, Joshua Jackson and James Van Der Beek, aired on January 20, 1998 – and who could have known the legacy it was set to leave behind?

Running for six seasons, the series ended in 2003 and, years on, it’s still completely beloved.

It’s even built up a whole new generation of fans after being brought to Netflix (despite having to go without its original theme tune for most of the episodes).

Chatting to Metro.co.uk, some superfans have opened up about how the show holds up, its worst storylines and, spoiler alert, the controversial ending which saw Pacey (Joshua) and Joey’s (Katie) surprise reunion and Jen Lindley (Michelle Williams) being killed off in a shocking twist.

How does Dawson’s Creek hold up 23 years later?

Julia, co-host of the Dawson’s Critique podcast and co-author of I Remember Everything: Life Lessons From Dawson’s Creek explained: ‘There are ways in which it feels extremely dated (not just the wardrobe), but also some of that dated-ness feels really great. Like the character of Jack (Kerr Smith) feels so dated at times, but I’m so glad he feels dated. I’m so glad queer representation has moved on from Jack, even though I am ever-grateful to have had him to watch when I was a teen.

‘I think there are storylines in the show and characters in the show that do not hold up at all and I think there are places where Dawson’s Creek was SO ahead of its time. Dealing with teenage mental health, even if the story is clunky at times, was something other shows may have spent a “very special episode” on, but Dawson’s Creek allowed it to be a character trait in a main character for years.

‘That said, the one topic Dawson’s Creek did do a “very special episode” on was race, with the Principal Green (Obba Babatunde) storyline in the third season, and that story and the way it’s told feels monumentally dated. Not to mention the complete lack of representation of non-white people in the whole show. It’s a mixed bag.’

Angie, creator of the Dawson’s Creek Source fan account and Kayla, creator of the @90s.teenshow account meanwhile, agreed that the series is a time capsule of sorts to the 1990s, and is pure escapism.

What were the worst storylines?

Julia said: ‘Far and away the worst storyline is the one where Ms Jacobs (Leann Hunley) and Pacey engage in a relationship that is by definition statutory rape. The storyline is in the first season.

‘The way Dawson’s Creek handled it was to tell the story of Pacey and Ms Jacobs as a real couple instead of being rightfully disgusted and horrified by a 30-plus-year-old teacher raping a 15-year-old student.’

Angie added: ‘My least favorite storylines were the ones with Eve, Jen’s sister (Brittany Daniel), and the narrative arc of Andie (Meredith Monroe) in season three. For Eve’s point, I wanted more depth, and for her and Jen to have a confrontation. For Andie’s point, I didn’t love how they transformed her into a negative and toxic character.’

Kayla said: ‘I didn’t really enjoy Joey being so wishy-washy with who she wanted in her life regarding men. I also wish we saw more of Dawson and Joey’s love; it was cut short most of the time.’

So how about that ending?

‘For the finale I was interested in Pacey and Joey ending up together and they did, and I’m delighted,’ Luisa said. ‘I wouldn’t have killed Jen, I would have found a love interest for Dawson and I would have developed Andie’s story.’

Angie insisted: ‘I loved so much the ending, even if it was bittersweet. [Writer] Kevin Williamson did a great job. He brought his characters where they should have been, even Jen. Her death was so sad but important for all her friends.’

Julia, meanwhile, explained: ‘I love almost the entire end of the show. I think the strength of the finale helps keep the show relevant to this day. So many loose ends are tied up, and Joey ended up with the person she should have ended up with (though we can definitely debate whether Pacey is too good for her).

‘However, and this is a big spoiler, I am still devastated and mad that they killed Jen Lindley. Her character was constantly being punished for being a sexually active woman and the ending feels like the ultimate punishment for a character who felt so ahead of her time.’

She added: ‘RIP Jen, who deserved the world and didn’t get it.’

We couldn’t have said it better ourselves.

Dawson’s Creek is available to stream on Netflix. 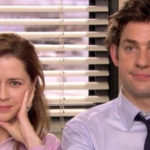 The Office USA: Nice guy Jim Halpert was actually kind of a terrible person and here’s why

When is Riverdale season 5 out on Netflix UK and who is in the cast?