The TV personality, who has just been forced to pull out of Dancing On Ice after dislocating her shoulder, has revealed she has buried the hatchet with Johnny after coronavirus made them realise holding on to the rift ‘wasn’t worth it’.

When asked about a potential reunion of the early morning TV show for its 30th anniversary next year, Denise told The Mirror: ‘It would be nice to do something.

‘Johnny and I have had a bit of a rocky relationship over the years for various reasons and, funnily enough, we’ve messaged a lot in lockdown.

‘These situations make you reflect and realise some of the silly niggles and arguments you have are just not worth it.’

Denise left the Channel 4 breakfast show in 2000 over a pay dispute, after discovering that contract negotiations saw Johnny earning more than her for the same job.

‘Not just us but the rest of the team working on the show. I always had that mentality that it was about all of us,’ she continued.

However, she then discovered his agent had been negotiating for him separately.

‘I found out and obviously confronted him and I realised then at that point that our friendship had gone in two different directions and for me it was tarnished,’ she said.

The Big Breakfast eventually ended in 2002, with stars including Richard Bacon and Donna Air taking over the hosting roles in the final three years.

It was announced last year that Mo Gilligan will host a one-off special of the show this Autumn, in line with the 30th anniversary. 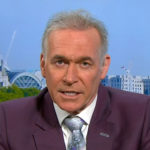 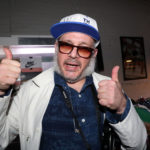