Dermot O’Leary has welcomed TV viewers to a ‘non-hungover This Morning’ with Alison Hammond after Holly Willoughby and Phillip Schofield celebrated the show’s win at the National Television Awards.

Last night, This Morning won the accolade for best daytime show at the NTAs for the 11th year in a row, attending the ceremony at London’s O2.

Holly and Phillip brought the glamour as they posed together on the red carpet, with Ant and Dec beating competitors including Holly, Alison and Piers Morgan to win the best TV presenter gong.

On Friday’s edition of This Morning, Dermot and Alison – who present the Friday slot on a weekly basis – looked back on everything that happened at the event, including Kate Garraway’s emotional speech as her documentary on her husband, Finding Derek, won best authored documentary following the public vote.

At one point, Dermot seemed to reference Holly and Phillip’s past antics after the NTAs, when they presented This Morning while still wearing their outfits from the night before and appearing fairly merry.

‘Welcome back to the non-hungover This Morning! It feels good, doesn’t it?’ before joking: ‘The only day I’m not hungover!’

‘Have you enjoyed it? Not being hungover?’ Alison asked, to which Dermot replied: ‘Oh it’s a wonderful feeling, yeah.’

Dermot may have simply been referring to himself not being hungover, as opposed to the famous moment in 2016 when Holly and Phillip were reduced to hysterics on the This Morning sofa the morning after the awards ceremony.

Nonetheless, several viewers admitted that they would have liked to see how Holly and Phillip are doing after their NTAs celebrations.

‘Me tuning in to @thismorning to see how hungover Holly and Phil are to realise they aren’t on today..’ one person tweeted, alongside a gif of someone throwing a chair in anger.

‘No I prefer holly and Phil hungover and going green when the food is being cooked,’ someone else said.

This year, the NTAs were hosted by comedian Joel Dommett, who also presents The Masked Singer UK, taking over from David Walliams who hosted in 2020.

The show was previously hosted by Dermot, who held the role for 10 years before stepping down. 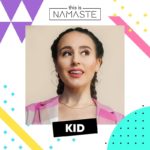