A journalist makes a 6,000-mile journey to have a ‘massive gunky ‘lump’ removed from her ear in the tonight’s episode of The Bad Skin Clinic.

Jenny is not letting geography stand in her way and travels from the Caribbean island of St. Martin to London to seek help with a problem that has plagued her for over two years.

‘I have desperately been trying to get rid of this and I am running out of options,’ she tells the cameras before revealing a huge keloid dangling from her left ear.

‘I actually feel blood pulsating through it. It’s just gross!’


Jenny’s keloid is so enormous and awkwardly positioned on her ear, that it has even started effecting her hearing.

‘I have some concerns about my hearing, I’m not getting the same amount of sound in that I used to because I do think the position of my ear canal has changed because of this distorting it,’ she says.

‘I’m working as a journalist, when I am out with my cameraman making stories, I do have to think about my keloid.’

Enough is enough for Jenny, and she travels to meet Dermatological Surgeon Dr Emma Craythorne at her Harley Street Clinic to see if she can have her keloid removed.

Getting full view of the keloid for the first time, Dr Emma can barely believe the size of it.

‘Whoa! It looks like a love heart!’ she gasps. ‘Whoa on two different levels here. Whoa for the 6,000 miles and whoa for the keloid.’

Talking things over, Jenny gives Dr Emma a sense of how much the lump has grown in a short space of time.

‘She started like a pea size about two years ago, and now she’s got to this size,’ Jenny reveals.

Devising a strategy to rid Jenny of her keloid, Dr Emma explains how she will remove the keloid via a short procedure before referring Jenny to a Radiotherapist for a follow-up appointment, to ensure the keloid doesn’t return.

Before going under the knife, Jenny asks Dr Emma if she takes the gold medal for the biggest keloid she’s ever seen.

‘Well I’ve seen a few in my time, Jenny,’ Emma laughs. ‘It is big, but it’s not the biggest. It’s probably the biggest one I’ve seen off the ear lobe.

‘But I’ve seen bigger ones on other bits.’

After cutting around the lump, Dr Emma makes the final incision before carefully lifting it off.

Handing Jenny a mirror, it’s time for her to see her ear looking the way it should: clean and keloid free!

‘My ear’s back in once piece!’ she enthuses. ‘I’m feeling really happy, I must admit it feels a little breezy, I can feel more air flowing by my ear, it’s nice to not feel it on the side of my neck.’

The Bad Skin Clinic airs tonight at 10pm on Quest Red and discovery+. 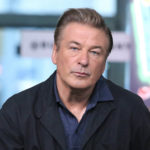