Doctor Who superfan Katie Prowse has celebrated her favourite show by turning her front door into a replica of the Tardis.

The 34-year-old mum-of-two was convinced to start watching the beloved sci-fi series by her 26-year-old partner Phill Dawson, in order to pass time during lockdown.

However, by the time her binge-watching was over, she had decided to transform her front door in Bridestowe, Devon, to something more worthy of time and space.

Speaking about the £40 transformation, Katie said: ‘We realised our front door was already “Tardis blue” and said wouldn’t it be cool if it became a landmark.

‘Sat Navs don’t work very well around here, so we could just say to people “turn right at the pub and look out for the Tardis.”

‘The hardest part was getting the windows right and I probably spent about an hour getting them sized and cut properly.’

‘I posted it on a few Facebook sites and we have already got thousands of comments and likes,’ she told DevonLive.

‘The response has been overwhelming. I am quite shocked by it to be honest.

‘I love that when I pull up outside my house that this is my front door.’

Doctor Who is currently filming its new series, after it was announced that John Bishop would be joining the line-up.

Fans were surprised with Bishop’s new role at the end of the New Year’s Day special, Revolution Of The Daleks, where Bradley Walsh and Tosin Cole ended their run as The Doctor’s companions.

A release date for the new series is not yet known.

Doctor Who is available on Netflix, BBC iPlayer and Britbox. 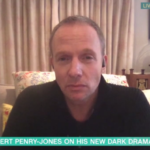 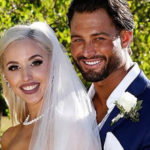 Married at First Sight Australia: Sam claims Elizabeth ‘fat-shamed him first’ and exposes damning clip of her calling him ‘porky’