Dr Hilary Jones has claimed that having the Covid-19 vaccine shouldn’t affect fertility.

Speaking on Friday’s Good Morning Britain, the GP tried to reassure viewers who maybe unsure about getting the vaccine.

‘There has been confusion, but not particularly with the vaccine because the vaccine isn’t created by the government,’ he began.

‘The vaccine is created by researchers and scientists who know a lot about vaccines.

‘I would trust the doctors and the researchers, not necessarily the government. They have given errors and confusing messages.’

Dr Hilary went on to talk about the 50,000 trial vaccinations that were carried out, as he explained that since the vaccine has been rolled out, there has been no ‘major short term side effects’.

‘There are very very few (side effects),’ he continued. ‘The mRNA has a very short half-life, it doesn’t last very long in the body.

‘When we have a cold virus it gets into our cells, there’s mRNA is cold viruses and we don’t worry about that, so why should we worry about this vaccine? It doesn’t last long in the body but it triggers the immune response.’

Addressing any potential short term effects, the TV doctor added: ‘There will be some, of course, there always will be with vaccines but not to date.

‘The BAME communities were under-represented in the trials part of that is because of vaccine hesitancy.

‘They’re reluctant to enter the trials and that will grow as more people are vaccinated and we see that it’s safe in all communities.

‘There is no hypothetical reason why it should affect fertility going forward, there’s no reason it should do that because it doesn’t get into your DNA, it doesn’t change your DNA.’

Earlier this week, Dr Hilary urged Black, Asian and minority Ethnic groups not to reject the coronavirus vaccine as data continues to show that they are less likely to get the jab.

He later went on to blame Covid-19 conspiracy theories floating around social media which have mistakenly convinced many young people that the vaccine isn’t safe.

It comes after vaccines minister Nadhim Zahawi warned that Covid-19 could ‘spread quickly’ among BAME communities if they become the largest proportion of those who choose not to get the vaccine. 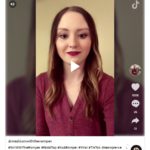 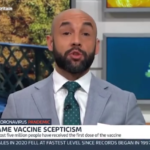 GMB’s Alex Beresford calls for more people in BAME community to talk about Covid vaccine: ‘There’s a lack of representation’