The health care professional appeared on this morning’s instalment of Lorraine to discuss the jab, explaining why some are still waiting for information on the injection.

Chatting to the host, he revealed that his mum was left waiting for her own letter from the NHS, despite being in the over 85s category.

‘It’s not luck, it’s about getting supplies to the right place,’ he told the host. ‘My own mother, 94, she had her first dose just yesterday.

‘There was a time where she was thinking, “when am I going to get my letter?” I explained to her that it will come in due course and will be sorted.’

Speaking about the rollout. Dr Hilary insisted that getting a jab wasn’t a case of being a ‘postcode lottery’.

‘There’s been a huge job getting the vaccine rolled out right across the country in equal amounts,’ he continued.

‘Obviously you can’t treat everybody at the same time, because you haven’t got all the supply in every area. So, we’re looking at the priority groups first.

‘We’ve done really well, 4million doses given already largely to the over 85s. Right now there will be some places where they’ve got some supply, where they can now start giving to the over 70s, and those people over 85 still haven’t had their first dose are thinking, “Well, what about me? Is this a postcode lottery?”

‘It’s not, because that implies luck. Lottery implies luck, it’s not luck, it’s about getting the supplies to the right place, and it won’t be very long before those people who are over 85, will be given their appointment for their postcode.

‘It could be because they live in a rural, faraway, remote place. It could be why it hasn’t got there yet, but they will do. And they are still number one priority.’

The health expert’s words come after he warned the public to be realistic in terms of booking holidays this year, urging everyone not to get their hopes up.

On yesterday’s episode of Lorraine, Dr Hilary said: ‘The vaccination process is going to take some time. We might encounter some new variants, we might need to tweak the vaccine.

‘I think people thinking about holidays this summer are barking up the wrong tree, I really do.

‘Not just because the situation here won’t be better, but because of where we’re going to may be lagging behind us with vaccinations and people will be nervous about going somewhere and getting stuck there.

Lorraine continues on weekdays, at 9am, on ITV. 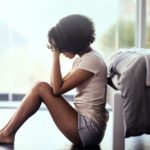