Dr Pimple Popper gets more than she bargained for when she gets a face full of putrid pus as a lump explodes in her hands.

Dr Sandra Lee helps out 32-year-old Juan in the newest episode of the surgery show, who has been bullied throughout his life for the enormous lumps he has on the back of his neck.

Showing the cameras his mystery bumps, some the ‘size of a golf ball’, the former star athlete said that he has been left in pain and unable to move his neck as a result of the growing ‘boils’.

As a result, he’s had to grow out his hair to cover them up.

But Dr Lee as always comes to the rescue, clarifying that his ‘boils’ are actually large cysts that need to be completely removed, as they’ll grow back if the sack remains.

Going under the knife, Dr Lee admits that the surgery could be difficult by all the scar tissue surrounding the masses – and she’s right, as one mass explodes with pus as soon as she starts cutting.

Rushing to mop up the mess with her assistant, Dr Lee is heard exclaiming: ‘Oh, it’s going to drip down the sides.’

‘Did I get you?’ Dr Lee asks her assistant, to which her co-worker Kristi laughs and declares: ‘Yep, right in my face!’

‘Another one for the books. It’s not the first time it’s happened,’ Juan then admits.

Thankfully the surgery seems to be a success, and proves lifechanging for Juan who even dropped out of school after getting tormented so badly.

‘The pain is unbearable, it feels like you have a softball inside your body and it’s trying to come out of you out of a little pinhole,’ he tells the camera.

‘It is one of my dreams to cut this hair off.’

After years of popping the boils on his own after doctors ran out of ideas, Juan is now fearing his daughter could be getting the same issue.

But after his visit to the California doctor, Juan said: ‘I just feel great, I feel awesome.

‘Dr Lee did the whole the job, the full job, not like the other doctors. 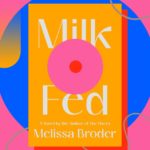 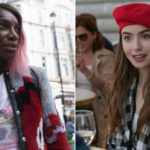