RuPaul’s Drag Race’s Gottmik has expressed gratitude towards fans and stars of the reality show for their support against transphobia, thanking them for ‘bringing so much light and love back into this situation’.

Earlier this week, Nina Bo’nina Brown, a drag queen who appeared on the ninth season of Drag Race, was accused of transphobia after making comments about Gottmik, who is currently starring in the 13th season of the programme.

For the Little Black Dress runway challenge in the latest episode, Gottmik – who is the first transgender man to compete on Drag Race – opted for a nearly-naked look, wearing a little black dress ‘merkin’ and a black bow.

While reviewing the look on YouTube, Nina said: ‘Gottmik can wear this and still have curves… Well, we know why’, before laughing.

Several Drag Race fans and former contestants called Nina out for her comments, with season 12 star Jan saying: ‘Transphobia is absolutely disgusting and won’t be tolerated here. NBB, that was horribly violent and gross. Shame on you.’

In a statement shared on Twitter, Gottmik thanked all those who have rallied around, saying that the support ‘means so much’.

‘Thank you to all of you for bringing so much light and love back into this situation and for all the DR [Drag Race] girls standing up and showing the trans community public support,’ Gottmik said.

‘It means so much to not only me but everyone else reading and effected by the negativity being thrown around [sic].’

In a second tweet, Gottmik drew attention to a new collaboration with a chest binder company, with proceeds of sales going towards the Marsha P Johnson Institute in aid of black trans lives.

‘We have no time for anyone who doesn’t support everyone! We love you, you fierce diva!’ wrote Drag Race UK series one star Cheryl Hole.

During a recent interview with Gay Times, Gottmik stressed that ‘there’s a significant lack of attention on trans men who perform as women’.

‘People cannot seem to understand how someone born female can identify as a man but still want to perform and artistically express themselves through femme drag,’ the makeup artist explained.

‘In my opinion, a healthy soul/person needs a good balance of masculine and feminine energy to survive.’

New episodes of RuPaul’s Drag Race are released on Saturdays on Netflix. 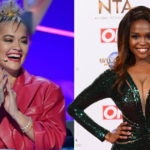 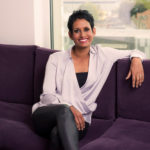