RuPaul’s Drag Race UK star Ginny Lemon has opened up on the challenges of experiencing grief as a queer person as they paid tribute to their late sister.

The drag queen, who shocked everyone when they quit the BBC Three competition show during last week’s lip-sync against Sister Sister, shared they weren’t able to be their authentic self around their sibling Emma, who died five years ago.

Ginny, who identifies as non-binary, added that they were very confused about their identity while Emma was alive.

Alongside a picture of Emma, Ginny wrote: ‘5 years ago today my poor dad rang me up to tell me my sister Emma had died suddenly. Just 5 years after my brother Wayne died suddenly in March 2011.

‘These deaths shook me and my family to the core, divided us, hurt us and brought on a world of despair. Especially for Emma’s young children.

‘After Emma’s death, I went into shock and depression for years hiding all my feelings and emotions behind a blue eyebrowed yellow lemon in order to process my pain, to channel my inner demons. Not quite the popping answer to why did you start drag that people often want but it’s the truth.’ (sic)

Ginny continued: ‘Dealing with grief is traumatic for anyone but as a queer person it divided me wishing I had a relationship with my sister as the happy confident queer person I am today not the confused individual I was when she was alive. I will never know what it’s like to my true self around my sister.

‘However, her acidic wit hard but caring demeanour and absolute punk bitch attitude has shaped who I am and helped create Ginny. So at least I can still commune with her spiritually.’

Concluding their post, Ginny added: ‘Now reunited as a family we continue to heal, learn and grow. Despite Emma’s and Wayne’s MANY flaws haha we all still miss them.

‘To my family and anyone who has/is experiencing grief and loss. I send you love, virtual hugs and hope in the air today. Breathe it in, create & heal.’ (sic)

Ginny was recently applauded by Drag Race fans for their open and honest discussion about gender identity and being non-binary with fellow contestant Bimini Bon Boulash.

‘I’ve always struggled with my identity,’ Ginny said in an episode that aired in January.

They added: ‘When I realised there was this whole community of non-binary people, I was like, “yes, that is for me”.’ 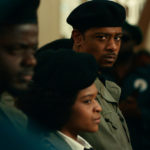 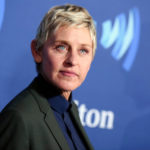 Ellen DeGeneres says ‘toxic’ workplace scandal ‘broke’ her heart: ‘It was a horrible time in my life’