Tej Lalvani, one of the stars of Dragons’ Den, has announced his decision to leave the show shortly before it returns to the BBC for a new series.

This spring, Dragons’ Den, which first launched in 2005, is set to return for its 18th season.

Over the course of 14 episodes, Dragons Tej, Deborah Meaden, Peter Jones, Sara Davies and Touker Suleyman will assess prospective investment opportunities put forward to them by budding entrepreneurs, in scenes filmed in 2020.

However, Tej, who is the CEO of Vitabiotics, has revealed that this series will be his last, as he wishes to place greater focus on his own business ventures.

The businessman joined the programme in the 15th series, replacing Nick Jenkins who starred in just one season.

Tej, 46, said that he is ‘truly excited’ for the new series of Dragons’ Den, ‘which ‘looks set to be one of the best’.

‘However after an incredibly enjoyable four years as a Dragon I have decided that this next series will be my last,’ he said.

‘My commitment to the international growth and expansion of my core business and the numerous investments over the years sadly means I will be unable to dedicate the necessary time moving forward.’

Tej added that he was grateful to the BBC for ‘the great opportunity along with their support and understanding’, and says it has been a ‘true pleasure’ working with the Dragons’ Den team.

Sarah Clay, commissioning editor for entertainment at the BBC, teased that the new season ‘is one of the most tense and competitive yet’, despite the ‘additional production challenges’ of working during the coronavirus pandemic.

She added that Tej is ‘one of the shrewdest and coolest Dragons ever to grace the Den’.

‘As audiences will see, he certainly leaves the show on a high and we wish him continued success,’ she stated.

After graduating from the University of Westminster in 1996, Tej began working at Vitabiotics, which was founded by his father Kartar Lalvani.

He eventually succeeded his father as CEO of the firm.

Dragons’ Den is set to return to the BBC this spring. 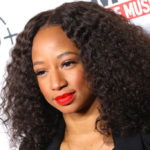 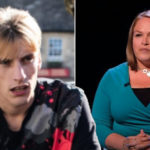