Dragons’ Den star Theo Paphitis has been mercilessly dragged on social media after viewers spotted a dodgy portrait of the millionaire during an interview on BBC Breakfast.

The 61-year-old was on hand to discuss the future of retail, which has suffered enormously under three national lockdowns.

‘It’s been much worse than that; physical shops are really looking over the precipice at the moment, we’ve never experienced anything like this,’ he said.

‘Online sales have been accelerated by at least five years, the genie is firmly of the bottle now, people have changed their habits because it’s taken so long to get out of this pandemic.

‘When things hopefully will go to normal but not everybody will go back to the way they were before.

‘We do need now to reorganise ourselves, reevaluate our business and most of all we need the government to step in and reform what probably is he most unfair tax since the 5th century and that is business rates.’

But many viewers at home didn’t pay any attention to any of that because glaring behind the entrepreneur hung an enormous painting of Theo’s death stare.

Naturally, the star got rinsed on social media:

Theo made his millions in the retail sector, and was reported to have sold his share in lingerie brand La Senza for £100million in 2006.

Money can’t buy you taste, but it can buy you unbearable self-indulgent art to misplace for a Zoom background. 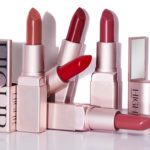