Just weeks after the show was taken off Netflix, the 33-year-old actor, who starred in The CW series alongside Blake Lively and Leighton Meester when it aired from 2007 to 2012, shared his debut clip on the video-sharing social networking service.

A second later, Ed then transformed into his character Chuck and was seen dressed up in a tuxedo.

Smouldering at the camera, he simply said: ‘I’m Chuck Bass.’

Some fans were left side-eyeing the TikTok with one confessing they got ‘second-hand embarrassment’ from watching it.

‘I’ve got second hand embarrassment from imagining Ed Westwick getting dressed up as Chuck Bass in his living room just to film a TikTok,’ they wrote.

However, not everyone was critical.

‘Ed Westwick getting TikTok is the best thing to happen this week,’ professed one fan.

In December, fans got a first glimpse at the new show, which was delayed in 2020 due to the coronavirus pandemic.

The revival series is set eight years after the events of the first set, following a whole new group of Upper Eastsiders.

While things will no doubt be a little different, Kristen Bell is expected to reprise her role as the voice of Gossip Girl. 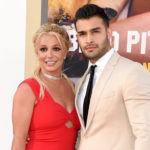 Britney Spears’ boyfriend Sam Asghari accuses her father Jamie of trying to ‘control’ their relationship: ‘He is a total d**k’ 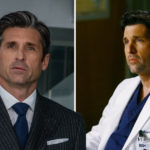