Ellen Pompeo has revealed she had a furious row with Denzel Washington when the Hollywood star directed an episode of Grey’s Anatomy.

The 51-year-old actress, who has portrayed Dr Meredith Gray on the medical drama since 2005, hit out at the two-time Oscar winner when he was brought in to help develop season 12 episode The Sound Of Silence.

Speaking on her podcast Tell Me With Ellen Pompeo, Ellen said Denzel took exception to her improvising during an emotional scene where she was brutally attacked by a patient.

‘I was like, “Look at me when you apologise, look at me,”’ Ellen recalled yelling at the actor opposite her during the scene. ‘And that wasn’t in the dialogue. And Denzel went ham on my ass.

Ellen, however, fought back.

The Meredith star continued insisted she has the ‘utmost respect for him as an actor and director’ and said she never again clashed with Denzel, 66.

‘So, we didn’t get through it without a fight, but that’s actors for you,’ she added.

It was confirmed in May that Grey’s Anatomy would be returning for season 18 with Ellen returning as Meredith.

Ellen signed a new one-year contract to continue starring on and producing the long-running series – meaning she remains the highest-paid woman on TV.

The news came after Ellen and showrunner Krista Vernoff both made repeated claims that the show could end with its current season. Where was No Time To Die filmed? Locations revealed 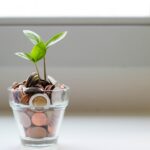 Frequently Change Jobs? Here’s How To Opt-In and Track Your Workplace Pensions