The season 2 trailer for Emily in Paris promises plenty more romantic conundrums for the titular character on Netflix, as Lily Collins returns to the fashionable City of Love.

In the new teaser for the romantic comedy series, the release date for which is coming next month, Emily finds herself in a huge predicament after a night of passion with her neighbour Gabriel (Lucas Bravo), which – while pleasurable – leads to a host of complications.

It appears as though Emily might fess up to her pal soon, considering her fling with Gabriel resulted in him deciding not to move to Normandy.

However, that’s not the only spanner in the works, with newcomer Alfie (Lucien Laviscount) also looking as though he’s going to turn the American marketing executive’s head.

In the trailer, Emily’s boss Sylvie (Philippine Leroy-Beaulieu) urges her to make the most of her time in Paris.

‘While you’re here, fall in love,’ she tells her young ingénue.

‘Make mistakes. If you’re gonna do Paris for one year, for God’s sake, do it right.’

In the synopsis for the new episodes, Netflix explains that Emily is ‘more entrenched in her life in Paris’, and so is ‘getting better at navigating the city’.

However, she is ‘still struggling with the idiosyncrasies of French life’.

‘After stumbling into a love triangle with her neighbour and her first real French friend, Emily is determined to focus on her work – which is getting more complicated by the day,’ the description reads.

‘In French class, she meets a fellow expat who both infuriates and intrigues her,’ it adds referring to the charming Alfie.

With Emily in Paris proving a hit with audiences around the world, Lily recently addressed criticisms of her character, defending her against being labelled ‘annoying’.

Speaking to Nylon, the actor said: ‘A lot of the qualities that Emily has, if you put them on paper, would seem so annoying.

The 32-year-old, who is also a producer on the show, emphasised to Elle UK that she wanted to ‘really put our focus’ on diversity and inclusion in the second season.

‘For me as Emily, but also as a producer on [the show], after seasons one, hearing people’s thoughts, concerns, questions, likes, dislikes, just feelings about it, there were certain things that spoke to the time that we’re living in and what’s right, and moral and correct and should be done,’ she said.

‘And I really wanted diversity and inclusion in front of and behind the camera to be something that we really put our focus on, in a lot of ways.’

Emily in Paris returns for season two on Netflix on December 22. 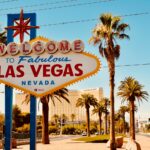 Why do celebrities – as well as common people – love to gamble?