Katie Price has been branded an ‘exceptionally brilliant mother’ after tonight’s BBC documentary Katie Price: Harvey And Me gave an insight into life with her son Harvey.

The deeply personal hour-long film followed the model and Harvey, 18, on their journey to find him a residential college – and fans were quick to shower her with their respect.

Harvey was born with septic optic dysplasia, a rare disorder that affects brain function, hormones and vision, and affects one in 10,000 births.

He has a long list of medical and behavioural conditions, and his future is unpredictable.

Not only did the documentary show Harvey and Katie as they explored the options of further education colleges, but it also unveiled their day to day lives.

In one scene, Katie, who has four other children – Princess, Junior, Bunny and Jett – helped to calm Harvey down as he started panicking about a door banging.

While another saw her unveiling the damage he had done to her house by punching the walls.

Viewers flocked to Twitter in their hundreds to hail Katie’s parenting skills and praise her sheer resilience.

‘What a fabulous mum and mentor Katie Price is, she’s done an amazing job with that young lad,’ enthused one.

‘So much respect for your love and commitment for Harvey,’ another added. ‘What a fantastic mum. People are quick to judge but everyone should watch Harvey And Me and see how dedicated and loving she is xx.’

Echoing a similar sentiment, a third wrote: ‘You can say what you want about @KatiePrice – but one thing for certain is she is a bloody great Mum & she has done the very best for Harvey all his life.’

Katie thanked fans for their support after the documentary aired.

‘This really has been such an amazing journey for Harvey and myself, and I want to continue the conversation surrounding the difficulties that parents of children with complex needs face, and help parents going through a similar situation,’ she wrote on Twitter.

Katie Price: Harvey And Me is available to stream on BBC iPlayer. 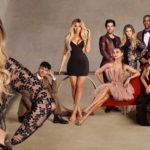 Celebs Go Dating: Anna Williamson reveals stars are ‘monitored’ on how much alcohol they can drink in mansion 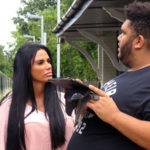 Katie Price thanks fans after ‘incredible feedback’ to Harvey And Me