Warning: spoilers ahead for episode one of Finding Alice.

In episode one of Finding Alice on ITV, audiences are introduced to Alice (Keeley), whose partner Harry (Jason Merrells) has died suddenly after falling down the stairs in their home.

Alice struggles to process her grief as she is interrogated by police officers about the events leading up to Harry’s death and left trying to figure out how to use the gadgets in her ‘smart’ home, which her husband designed.

Midway through the first episode, Alice and her daughter Charlotte (Isabella Pappas) go to a funeral home, where a funeral director asks whether they wish for Harry to be buried or cremated.

Unable to provide an answer, Alice storms out the building, telling Charlotte: ‘I don’t want to bury my husband.’

Charlotte responds: ‘He wasn’t your husband,’ a remark that has left several viewers feeling utterly baffled, considering Harry is referred to as Alice’s husband throughout the episode.

‘Did Charlotte say, but he’s not your husband to Alice?’ a Twitter user asked.

‘Wtf did the daughter mean when she said he wasn’t your husband lmao what is going on,’ another remarked.

Someone else commented that they felt ‘confused’ about the line of dialogue.

One viewer expressed their bewilderment by stating: ‘WHAT DO YOU MEAN HE WASN’T YOUR HUSBAND.’

The first episode of Finding Alice ended on a cliffhanger, as a young man claiming to be Harry’s son turned up expectantly at Alice’s front door.

What’s more, Alice and Charlotte spotted a mysterious figure on CCTV footage captured in their home, someone who was seemingly in conversation with Harry prior to his death.

Could the unknown individual be involved in his death?

During a recent conversation with Metro.co.uk, Isabella admitted that she found it ‘weird’ her character doesn’t cry after her father’s death.

However, she teased that Charlotte’s subtle reaction ‘adds to the mystery’ of the narrative.

‘I found it weird that she doesn’t cry but the character is actually really interesting,’ the actor said.

‘It was literally written in the script that she is blank and has no real emotional response to anything which I think also adds to the mystery.’

Finding Alice returns next Sunday at 9pm on ITV and is available to watch on ITV Player. 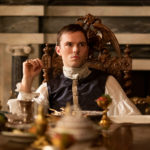 The Great: Episode 3 recap – Nicholas Hoult’s Peter might not be Great – but he’s trying 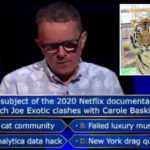