Firefly Lane fans are zooming through Netflix’s new hit series and many have been left with one huge question – when are we getting a season two to find out what happens next with Kate (Sarah Chalke) and Tully (Katherine Heigl)?

Plans for another season of the series hasn’t been confirmed just yet, but that huge cliffhanger in the finale makes it seem likely that there are some plans somewhere to continue telling this addictive tale.

The show came to a dramatic end when Tully appeared at the funeral of Kate’s father, only to be told she wasn’t welcome.

In fact, her friendship is completely over because of a mysterious thing that she did which Kate says she’ll never forgive.

We will not rest till we find out what the heck happened to break such a strong friendship, and while we’re at it, here are some other questions we need answering as well.

What did Tully do?

For those who don’t know, Firefly lane is based on a bestselling novel so that helps us to try and guess what is coming next.

In the novel, Kate and Tully fell out after the TV host basically called her a bad mom live on air. Eek!

There is no guarantee they will stick to the same storyline in the series, though. If anything, they might choose to create something a bit more dramatic that would explain Kate’s harsh reaction at the funeral.

Either way, we just need to know what it is ASAP.

The last shot we saw of Johnny Ryan was in the aftermath of a bomb explosion while he was covering the war in Iraq.

It was Kate and their daughter Marah’s biggest fear about him returning to his role as a war reporter, and we have a sinking feeling that it came true.

We saw Tully and Kate failing to hear the phone ringing after the bomb went off, hinting at the idea his death was news that was about to be delivered.

Also, Johnny was missing from all the scenes on the day of Kate’s father’s funeral and it seems safe to assume that he wouldn’t miss such an important day.

What happens to poor Max?

Tully broke Max’s heart several times over the course of the series, but we couldn’t have been prepared for him to decide to walk away from the relationship like he did in the end.

All he wanted was to love someone and start a family so we have to guess that him reuniting with Tully probably isn’t going to happen.

However, this is the wonderful world of TV where anything is possible. All we know is that he deserves a happy ever after ending either way.

Will Kate end up with Johnny or Travis?

Kate was bouncing back and forth between Johnny and Travis so much our head was hurting.

Her emotional affair with Travis seemed to play a large part in her split from Johnny so it would be nice to see if these two really could be compatible as a couple.

However, as her final pre-Iraq hook-up with Johnny proved, she still loves her ex-husband a lot. If he is still alive, it only seems right that they try to give things one last try.

Does Tully manage to get another TV show?

Things were looking so promising when Tully asked Kate to be the producer on her next TV show.

She didn’t actually have a job hosting any show at that moment but you just felt like anything could be possible for the dynamic duo.

Firefly Lane is out now on Netflix. 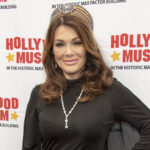 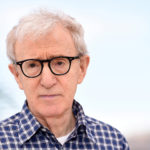