One First Dates Manchester singleton was in for a shock in tonight’s episode as the Channel 4 show set him up with someone he’d previously slept with.

Alan, who was on a mission to find his ‘husbear’, was left bright red when Steve walked through the restaurant and revealed himself to be his date, with Fred Sirieix telling them both their romantic reunion was ‘meant to be’.

‘I helped him move into his flat,’ Chris explained, as Fred asked how they knew each other.

‘I taught him how to be a bottom,’ quipped Steve.

As their date continued, Steve opened up and revealed he had long been crushing on Alan.

‘Don’t get me wrong, I had always fancied you,’ he confessed. ‘I had always wanted to date you. I don’t ever know if you looked at me in that way.’

‘I did at one point,’ Alan responded.

Later on in their date, 32-year-old Alan thought about why he hadn’t actually dated Steve before.

‘Come on, let’s face it, we’ve done a lot, sexually together and there’s nothing to be ashamed of the fact that we’ve both done it,’ he said.

‘We’re open, sexual people. I think the reason why we haven’t tried is we’ve both got the same view of each other everybody else does.

‘Everybody has got this view of us that we’re complete slags and we sleep around.’

Despite having a lot of laughs and sharing the common interest of settling down, Chris and Steven opted to continue being friends rather than taking their relationship any further.

First Dates Manchester continues next Tuesday at 10pm on Channel 4. 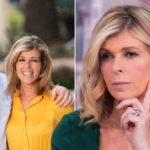