CBeebies star Sarah-Jane Honeywell has said she doesn’t regret posing for the topless shoot that had her axed from the channel – despite her friend Justin Fletcher (Mr Tumble) never speaking to her again.

The children’s TV presenter shot to fame on shows including Higgledy House and Mighty Mites, which she presented alongside Justin.

However, after taking part in a topless photo shoot in 2011, she was axed from the channel.

She told The Sun of her former friend: ‘I called and left him a message but to this day he’s never responded. We were the best of mates, so that really hurt. I do understand it though, because as a children’s presenter he needs to protect his own image.’

However, in a blog post written in 2016, the 47-year-old previously explained she understood why her former co-star hadn’t responded.

She said: ‘He had a very important, brilliant brand to protect. For the sake of children’s joy everywhere, I’m glad he chose them over me…

‘Justin loves the kids and he is passionate about entertaining them and that’s why I do love him. I actually feel quite emotional writing this and I think it’s the first time I’ve truly admitted to myself that, I miss my old mucker.’

In 2011, Sarah-Jane took part in a promotional campaign for Peta, which saw her pose topless on a plate of food in Trafalgar Square.

She said of finding out she’d lost her job: ‘The BBC was asked to comment, and they simply said I no longer worked for them.

‘That was how I found out. There was never a phone call or a single conversation with my bosses – despite me having worked there for 10 years.’

She said that she became suicidal and fell into debt over the next few years.

However, she went on to meet Hollyoaks actor Ayden Callaghan, which she sees as a turning point for her.

The pair had two children together – Phoenix and Indiana – who Sarah-Jane credits with helping her pull through her darkest times.

With the star now planning to launch a charity to help underprivileged children attend drama school, she says she has no regrets.

Mr Tumble star Justin is best known for his children’s shows including Something Special and Gigglequiz. 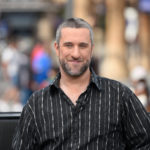 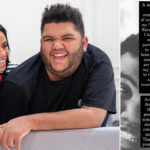