Dean Cain has had his say on a new Captain America book, slamming the comic for being ‘woke’ and saying ‘the American Dream isn’t real’.

The actor, 54, who starred as Superman in Lois & Clark: The New Adventures of Superman from 1993 until 1994, was not happy with Captain America being politicised in the new comic book, The United States of Captain America.

Dean revealed to Fox and Friends on Monday that he loves the character, but he is ‘so tired of this wokeness and anti-Americanism.’

He added: ‘We just celebrated our 245th birthday. In my opinion, America is the greatest country in history. It’s not perfect. We are constantly striving for a more perfect union, but I believe she’s the most fair, equitable country anyone’s ever seen, and that’s why people are clamouring to get here from all over the globe.’

Dean also said he didn’t agree with the claims in the Captain America comic that the American Dream – where anyone has the opportunity for prosperity and success for them and their family through hard work and a society with few barriers – isn’t real.

‘I believe in individual freedom, I believe in equality of opportunity – not outcome, competition – the ability to compete fairly, hard work, which brings you material wealth, which in turn gives you self-reliance,’ he explained. He is a fan of the character but not the new comic book version (Picture: Disney+)

‘And I find this wokeness – it’s pervasive. It goes through everything, it’s in our school system.

‘The cool thing to do today is to bash America. The comic books do it, the schools, they indoctrinate our kids they do that, our movies, our television shows are full of it, celebrities, athletes, actors, the media – they love to bash America.’

He added that he doesn’t understand the propensity to ‘bash’ America and wonders whether the people that do have ever had to deal with governments in other countries which ‘aren’t anywhere near as fair as [the] United States?’

In The United States of Captain America, the titular character says: ‘I’m loyal to nothing, except the dream.

‘Here’s the thing about a dream, though. A dream isn’t real. I’m starting to think America actually has two dreams and one lie.

‘The first American dream is the one that isn’t real. It’s the one some people expect to just be handed to them. And then they get angry when it disappears. When the truth is, it never really existed in the first place.’ 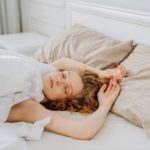 Wake Up Easier, With These Early Morning Tips