The actors starred as couple Missandei and Grey Worm in the HBO series and will be teaming up to raise funds for Place2Be, an organisation which provides mental health, counselling support and training to schools to improve children’s mental health.

Those hoping to take part can ask the Game of Thrones icons a question with the quiz taking part on Sunday February 28.

Both actors were among the few to make it all the way to the final season of Game of Thrones, until Missandei was brutally decapitated in front of her lover in a death which struck a nerve with the fandom. 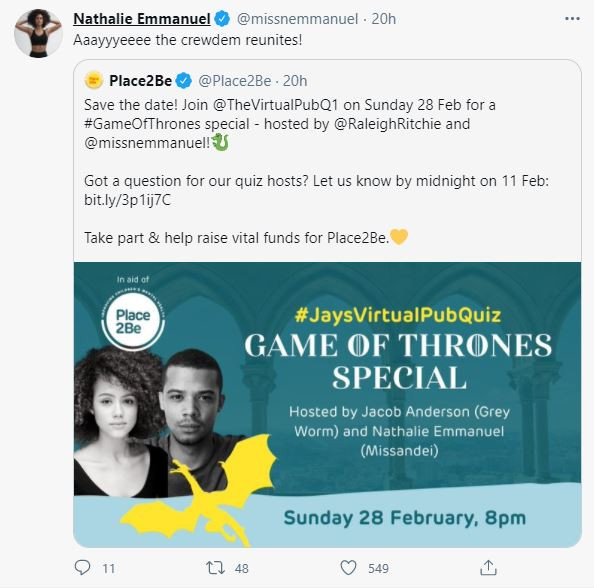 As one of the only non-white characters throughout the series, when her grisly end arrived, many viewers criticised the writers for ending her journey.

The former Hollyoaks star told Vogue.co.uk she would often talk to Jacob about representation in the series.

‘We were always really conscious of how much our being part of Game of Thrones mattered to people. It made us really protective of Missandei and Grey Worm,’ she said.

The 31-year-old has since gone on to star in the TV adaptation of Four Wedding and a Funeral and recently wrapped up filming on Zack Snyder’s zombie flick, Army of The Dead,

Game of Thrones is available to stream on NOW TV. Learn more about Place 2Be and how to take part in the virtual pub quiz here. 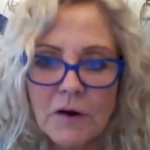 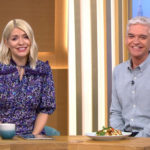