Need a little help to find your next binge-watch? Well, Gemma Collins and Baga Chipz are here to help you decide.

The reality stars both had Kim Kardashian’s back when she took to Twitter debating whether or not she should get on the latest hype surrounding Netflix series Bridgerton.

The eight-part period drama has taken the streaming platform by storm, with it being predicted that 63million households will have watched Bridgerton in just four weeks since its release on Christmas Day.

Most of us have already stormed through the steamy series, but it seems Kim has fallen a little bit behind and wanted to know whether or not she should tune in.

Wanting a fix of the Duke of Hastings no doubt, Kim tweeted: ‘Should I start Bridgerton tonight?’

Gemma was on hand to give her seal of approval, as she replied: ‘Yes Kim your going to love it ! X (sic).’

But if the GC wasn’t enough to get Kim watching, then Baga Chipz made sure to pique Kim’s interest.

Sally Dynevor, who plays Sally Webster in Coronation Street, is mum to daughter Phoebe Dynevor, who stars in Bridgerton as its leading lady Daphne Bridgerton alongside Regé-Jean Page’s character Simon Basset aka the Duke.

What would make me laugh is if kim replied like “yeh big Corrie fan hun, sally Webster is a babe” x

Fans were left in stitches over Baga’s comment, with one so entertained they ‘spat out their cup of hot water’.

Another joked: ‘What would make me laugh is if kim replied like “yeh big Corrie fan hun, sally Webster is a babe” x.’

‘Baga!!! I’m screaming!!!’ posted one fan, as another tweeted: ‘This has killed me @ChipShopBird.’

Bridgerton fans Gemma and Baga will be pleased to hear that the series has officially been renewed for a second season, following its success.

While the first season followed Daphne’s search for a husband and her relationship with the Duke, the second is set to centre around Daphne’s older brother Anthony Bridgerton as he hopes to find a wife.

‘Prepare for another social season. Bridgerton is returning for season two, only on Netflix,’ tweeted the social media accounts for the show, while Bridgerton’s showrunner confirmed the news during a TV interview.

Over in the US, Chris Van Dusen told Today: ‘I am so thrilled to be announcing that Bridgerton will be back for a second season.

‘Season two we’re really going to be with the eldest Bridgerton brother, this season. Our Viscount Lord Anthony Bridgerton played by Jonathan Bailey. 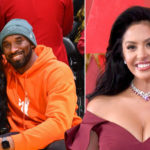 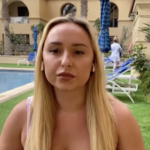