Georgia Toffolo was forced to deny she is skiing in Verbier, after This Morning aired old footage of her hitting the slopes.

The former Made In Chelsea star, 26, came under fire on social media for appearing to be holidaying while England is in a national lockdown.

Current government restrictions in place amid the coronavirus pandemic prohibit international travel, unless given a legally permitted reason to do so.

Toff was seen exploring the Swiss ski resort during an item on This Morning, with Twitter users questioning whether the footage had been filmed while Covid-19 restrictions were in place.

Taking to Twitter on Monday, Toff addressed the backlash and pointed out it was an old segment re-airing on television, while confirming it had been filmed in 2018.

One user had called Toff out on the social media platform, tweeting: ‘@ToffTalks on #thismorning: look at me hitting the slopes on Verbier, enjoying a delicious fondu and chatting with people without masks while you peasants are at home dealing with a pandemic.’

The TV personality brushed off the criticism as she responded: ‘It was filmed in 2018,’ and added a crying laughing emoji.

This Morning faced backlash for airing the segment on the luxury trip, with some calling it ‘out of touch’ during the pandemic and others questioning when the footage had been filmed.

‘@thismorning when did Toff go to the slopes in Verbier? Hopefully not during a pandemic,’ questioned one viewer.

‘#thismorning yeah like we really need to see a Toff showing us one of the most exclusive skiing resorts for possible future holidays…. once again this morning doing their thing,’ said another.

One irked viewer tweeted: ‘”Toff hits the slopes in Verbier” … #thismorning really know how to seem out of touch and irrelevant.’

‘A bit insensitive – in a lockdown, millions furloughed or unemployed, travel ban & This Morning decides to show a Tory Toff prancing around a posh ski resort – I switched over to Jeremy Vine #ThisMorning,’ commented another.

Toff setting the record straight comes after reality stars have faced criticism for travelling overseas recently and claiming their trips are for work purposes.

Love Island star Olivia Attwood was seen calling out her fellow influencers and claimed they ‘sounded stupid’ for claiming to be working.

In a video shared to Instagram, Olivia vented her frustrations after seeing reality stars posting content online from Dubai and said: ‘There’s a difference between being able to earn money from wherever you are and being on holiday for work. Whenever I go on holiday, I will post content which I can monetise, but I’m still on holiday.’ 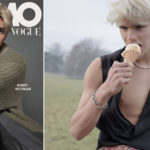